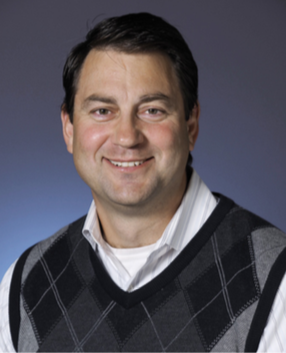 NEXT Lab Director and
ACU Professor of Physics

In 1990, Dr. Rusty Towell graduated from ACU summa cum laude with a bachelor’s degree in engineering physics. After serving four years in the Navy as an instructor at the Naval Nuclear Power School, he returned to graduate school at The University of Texas at Austin, where he earned a Ph.D. in nuclear physics in 1999. After completing a two-year postdoctoral fellowship with Los Alamos National Laboratory while stationed at Brookhaven National Lab, he finally landed his dream job at ACU. For the past 18 years, Towell has mentored ACU students inside and outside of the classroom. Together they have worked at numerous national labs on major international research projects such as PHENIX. His work has been featured in more than 200 publications, many of which include students as co-authors. These publications have been cited about 28,000 by other peer-reviewed publications. Towell leads ACU’s nuclear physics research group, which has been continuously funded by the U.S. Department of Energy for 36 years. His newest project is focused on advanced reactor research and development. He is the founding director of ACU’s NEXT (Nuclear Energy eXperimental Testing) Lab, the university’s premier research project.